Between the Light and Shade: the Last Words of ‘Subcomandante Marcos’

This morning, at the end of the homage to comrade Galeano, over three thousand Zapatista support bases and militants, along with around a thousand adherents of the Sixth, listened to the “last public words” of Subcomandante Insurgente Marcos of the EZLN. Six leaders of the Clandestine Revolutionary Indigenous Committee, along with Moisés and Marcos, took the stage. Below are included some fragments from the five parts of Marcos’ letter.

“The battle for humanity and against neoliberalism was and is ours, and also that of many others from below. Against death, we demand life; against silence, words and respect; against amnesia, memory; against humiliation and disdain, dignity; against oppression, rebellion; against slavery, freedom; against imposition, democracy; against crime, justice.

The war we waged gave us the privilege of being heard by attentive and generous ears and hearts from near and far. Things were lacking, and still are, but we managed to attract the attention of others. Then, we had to respond to a decisive question: ‘what next?’

To kill or die seemed like our only fate.

We had to rebuild the path of life that those from above had broken and continue to break – the path not only of indigenous communities but also of workers, students, teachers, youngsters, and peasants. On top of the fact that differences exist both above and below, these differences are persecuted and punished. We had to either sacrifice our blood for the path to power led by others or turn our hearts and eyes to the people who we are – the indigenous people who protect the Earth and the memory [of those lost].

Our dilemma wasn’t between negotiating and fighting, but between dying and living.

We chose to build life, but in the middle of a war – one that was no less lethal because it was muffled.

The dead are all here, but now to live.

There are no doubt those who think we made a mistake by making that choice – that an army cannot and should not try to forge peace. In many ways, that assumption is correct, but the main reason for our choice was and is because, by fighting, we would end up disappearing. Maybe we made a mistake by choosing to cultivate life instead of praising death.

But we made that choice by looking at each other and listening to each other – being the total collective that we are. We chose rebellion. In other words, we chose life.

We knew and we know that death is necessary so there can be life, and that, in order to live, we die.”

“It is difficult to believe that, twenty years after that “nothing for us”, the phrase turned out not just to be a good phrase for signs and songs, but a reality – La Realidad.

If being consistent is failure, then inconsistency is the path to success – the route to power. But we don’t want to go there. It doesn’t interest us. Within these parameters, we prefer to fail rather than win.”

3. The Changing Face of the EZLN

“In these twenty years, there have been multiple, complex changes within the EZLN. Some commentators have simply referred to the evident change – the generational one – and the fact that those who were small or unborn when the uprising began are now struggling and leading the resistance. Some ‘studious’ commentators, however, have not noted other changes: the change from erudite middle class to indigenous peasant; from mixed race to distinctly indigenous; and – most importantly – from revolutionary vanguardism to obedient rule.

The cult of the individual is found in such vanguardism in its most fanatic extremes… – in a form of left-wing racism that claims to be revolutionary. The EZLN is not one of these and, for that reason, not just anyone can be a Zapatista.

From taking power from above to building it from below; from professional politics to daily politics; from leaders to people; from gender marginalisation to direct female participation; from making fun of others to celebrating differences.”

4. A Changing Hologram: What will not be

“In the morning of January 1st, 1994, an army of giants – or indigenous rebels – shook the world with their steps when they descended on the towns and cities [of Chiapas]. A few days later, with the blood of our fallen still in the streets, we realised that those on the outside didn’t see us. Used to seeing indigenous communities from above, they didn’t look up to see us; used to seeing us humiliated, their hearts didn’t understand our dignified rebellion. Instead, they focussed on the only mixed-race person they could see wearing a balaclava. Our chiefs then said “they only see things on their own level, small as they are. Let’s put someone on their level so that they can see him and, through him, they can see us.

And thus began a complex manoeuver of distraction: a magic trick that was terrible and marvellous; a mischievous move of the indigenous heart that we are; the indigenous wisdom challenged modernity in one of its strongholds – the media. The construction of the personality called Marcos had begun.

… I told you that this is when the construction of the personality began. If you allow me to define Marcos, the personality, I would say without hesitation that he was a big disguise.

We launched several initiatives to find sympathetic ears [– to find others like us and different from us -]; to find the looks and the attention that we needed and deserved; and we failed time after time. And it was like that until the Sixth Declaration of the Lacandona Jungle – the most audacious and Zapatista of the initiative we have ever launched – finally brought us into contact with people who would look us in the eyes, salute us, and embrace us.

Inside the movement, the progress of the people had been impressive. And that is why we launched the course “Freedom According to the Zapatistas”. We realised that there was now a generation that would look us in the eyes and that was capable of listening to us and talking to us without expecting leadership or guidance – without aiming to submit or follow. The personality of Marcos was no longer necessary. The next stage of the Zapatista struggle was ready.

According to our convictions and our practice, rebellion does not need leaders or personalities, messiahs or saviours. To fight, you only need a sense of shame, a certain amount of dignity, and a lot of organisation. The rest either serves the collective or doesn’t serve at all.

5. Pain and Rage. Whispers and Screams.

The silence of the crowd said “Wait, comrade. Don’t go.” But Marcos hadn’t yet finished. He continued by listing a number of fallen or disappeared comrades, and political and social prisoners from Atenco, Ostula, Oaxaca, Mexico City, Italy, Chiapas, Greece, Palestine, Cherán, Guerrero, Morelos, Puebla, Chihuahua, Sonora, Jalisco, Sinaloa, and the United States. He also read the names of migrants and Mapuches.

“Even if they catch and sentence those who killed you, they will always find others who will ambush you and repeat the macabre dance that ended your lives.

Injustice has so many names and provokes so many screams. And don’t forget that, while one person whispers, another screams. Listening to them should enable us to find a route that turns the injustice into something fertile. All you need is to lower your head and elevate your heart.

The justice that we want is the persistent and insistent search for truth.

We think it is necessary that one of us dies so that Galeano may live. So we have decided that, today, Marcos should die.

And in those stones that you have left on his tomb, you will learn not to sell yourselves, not to surrender, and not to give in.

At 2:08am, I declare that Subcomandante Insurgente Marcos – the self-proclaimed Subcomandante of Stainless Steel – ceases to exist.”

Two minutes later, after some humorous postscripts used to lift the mood a bit, ‘Marcos’ left the stage forever. The lights were turned off, and a wave of applause followed from among the crowd of adherents of the Sixth and from the Zapatista support bases and militants.

Moments later, the former Subcomandante’s voice was heard again, but offstage, saying “Good morning comrades. My name is Galeano. Subcomandante Insurgente Galeano. They told me that, when I was born again, it would be collectively.”

After the letter had been read out, Subcomandante Insurgente Moisés concluded, saying “What we have explained to you will be seen in all of the places you have come from. Hopefully, you have understood that.”

The free press will publish in due course the final letter of SCI Marcos in its entirety.

Translated and adapted by Oso Sabio from a Free Press text originally seen at http://martamoli.wordpress.com/2014/05/25/entre-la-luz-y-la-sombra-ultimas-palabras-de-subcomandante-marcos-antes-de-dejar-de-existir/ on 25th May 2014 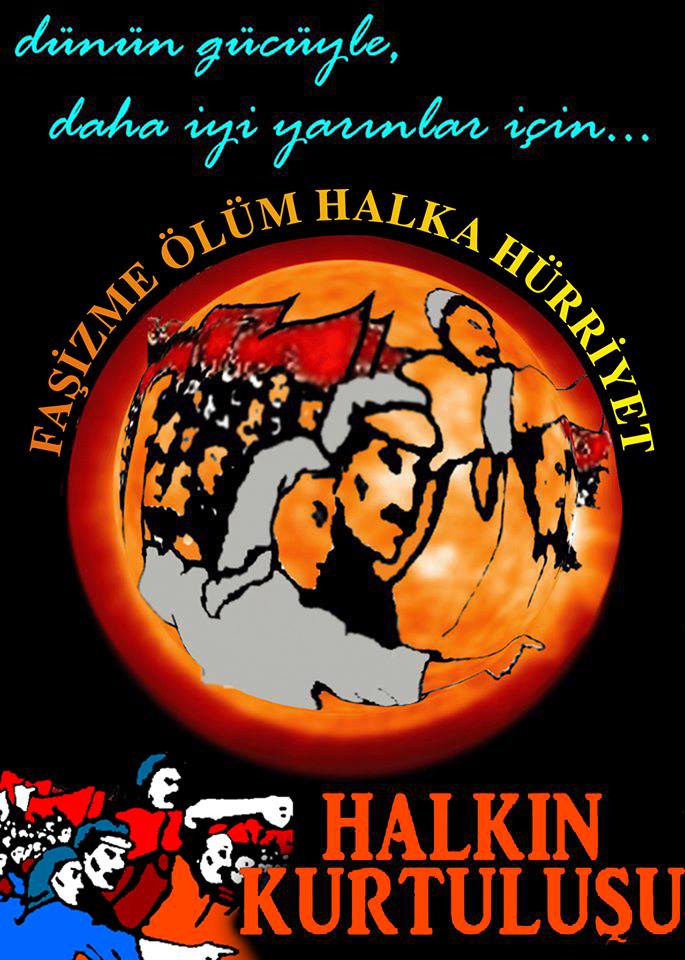